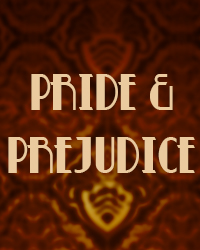 Janet Munsil's witty, romantic, and ingenious adaptation of Jane Austen's beloved tale of the independent-minded Elizabeth Bennet and enigmatic Mr Darcy is remarkable for capturing the tone and compressing the complexity of the story into a fast-paced, funny, and fiercely romantic two hours on stage.

Performed by the Second Year Student's of CCPA.

Buy To This Event Directions