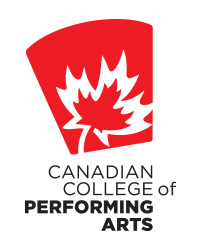 This play tells the story of two theater groups mistakenly booked into the same theater for rehearsal. One is performing Secret Love, a serious contemporary drama; the other is performing the farce In Peach Blossom Land. The two groups fight for the stage, and eventually resign to sharing it. In between, chaos ensues, and a mysterious woman roams about the theater searching for a man who may or may not exist, What happens is a meeting point of modern Chinese politics, ancient visions, tragedy, and rollicking comedy.

Secret Love in Peach Blossom Land (Chinese Anlian Taohuayuan) is considered the most well-known and influential contemporary play written in the Chinese language, and has long been regarded as a modern classic for its timeless themes and structural originality. Created in 1986 by San Lai with his theatre group, Performance Workshop in Taipei, Taiwan, the play was made into an award-winning film titled The Peach Blossom Land in 1992. The professional premiere in the English language was April 19, 2015, at the Oregon Shakespeare Festival.

Buy To This Event Directions